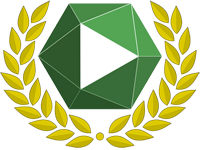 Welcome to the TRIC SRD Wiki[]

This system is intended to be a streamlined and open tactical D20-based RPG. All rules mechanics are taken and modified (usually very heavily) from the Open Game Licensed [D20SRD].

The majority of this project is the work of Brent Dill, with assistance and contributions from Aelaris and Brendan Mathis. It is released under the Open Game License version 1.0a.

All situations are resolved through a single mechanic, called a check: you roll a D20, add modifiers based on your competency or the situation, and announce the result. The Game Master (GM) will compare this check result to a difficulty number based on the situation and the inherent difficulty of what you’re trying to accomplish. If your check result matches or exceeds the difficulty, you succeed; if it doesn't, you fail.

When you want to do something in the game, you tell the GM what you want to accomplish, and then the GM assigns a difficulty class and tells you what modifiers apply to your check roll. While this is enough to get started, the game provides more detailed rules to determine what kinds of actions that you can perform at what times.

During the game, the flow of time may be measured in two distinct pacings, based on the tempo and tactical danger that the characters are in.

Scenes are periods of improvisational acting and preparation, where second-by-second decisions are less important than maintaining a smooth flow of the dialog and narration.

Encounters are periods of fast-paced action where every second counts.

The world is populated by a vast diversity of societies and cultures. While some of these are human, others are made up of fantastic races such as elves, dwarves and even stranger folk.

There are a multitude of character classes to choose from, grouped around six major themes. Each theme represents a wide range of options, and can be further customized in hundreds of different directions.

All characters in this game have six core abilities, which determine or influence all their other statistics: Strength, Dexterity, Constitution, Charisma, Intelligence, and Wisdom.

In addition to Abilities, Proficiencies are a more detailed way to specify your character's capabilities and training.

In addition to Abilities and Proficiencies, the following traits help define your character's capabilities in combat.

The following blocks will appear as you read this Wiki:

Community content is available under CC-BY-SA unless otherwise noted.
Advertisement